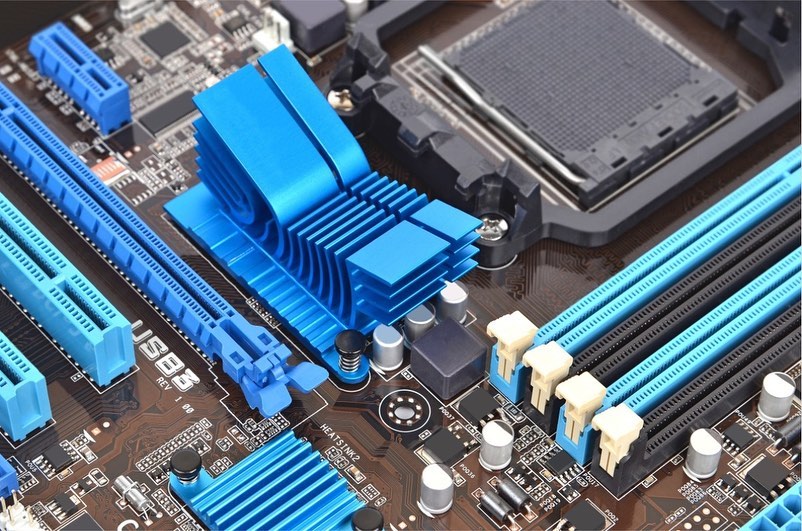 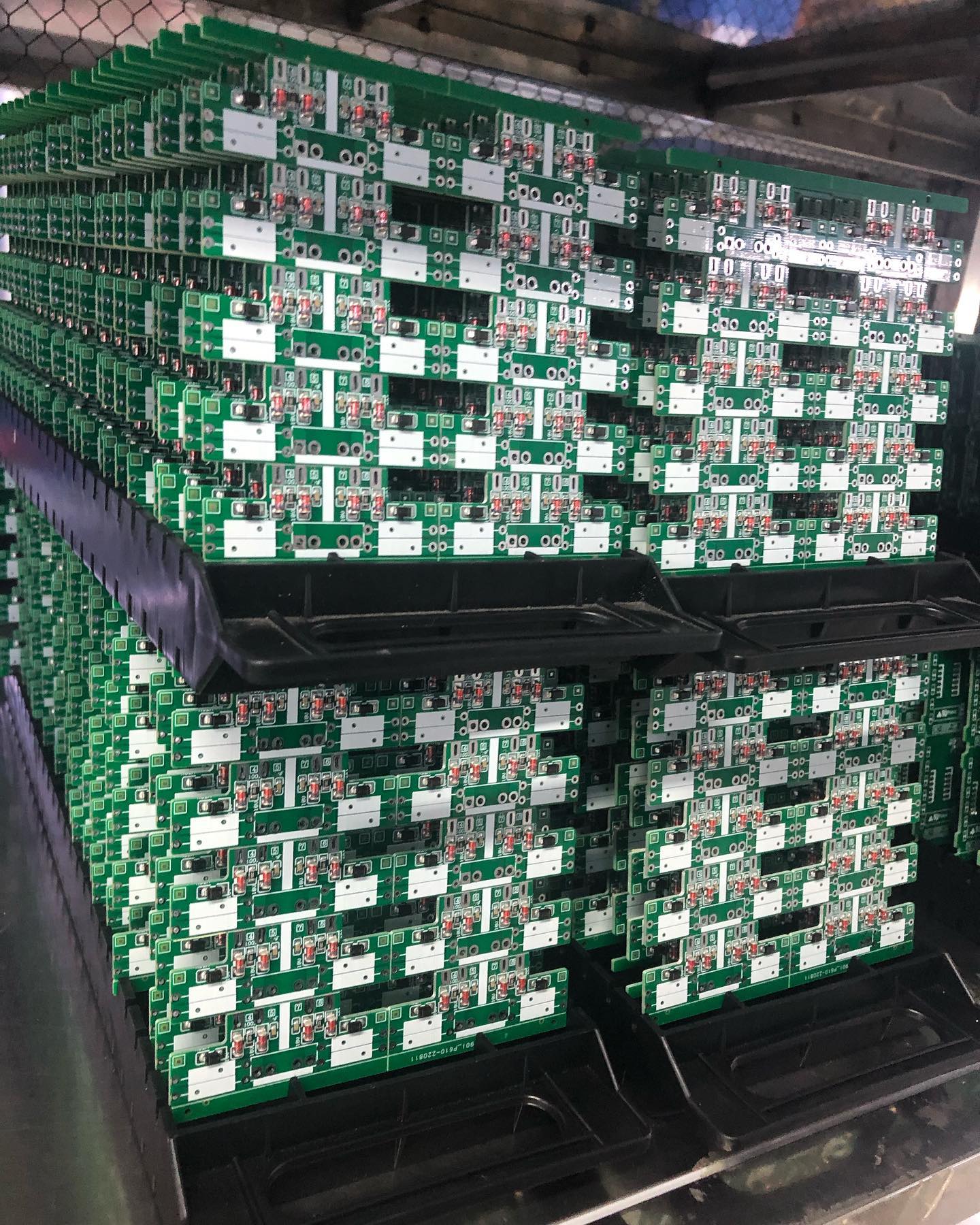 Halogen refers to halogen elements in the periodic table of chemical elements, incLuding fluorine (F), chlorine (CL), Bromine (Br) and iodine (I). At present, the flame retardant substrates, such as FR4 and CEM-3, are mostly brominated epoxy resins.
Relevant research shows that halogen-containing flame retardant materials (PBB: PBDE) will emit dioxin (TCDD), Benzfuran, etc. when they are abandoned and burned, which will cause cancer, cause a large amount of smoke, smell bad, and have high toxic gas, which can't be discharged after being ingested by human body, seriously affecting health. This is an important reason to promote the use of Halogen Free PCB.
Therefore, six substances such as PBB and PBDE are prohibited by EU law. The document of China's Ministry of Information Industry requires that electronic information products put on the market should not contain lead, mercury, hexavalent chromium, polybrominated biphenyl or polybrominated diphenyl ether. This is the legal reason for promoting the use of Halogen Free PCB.
It is known that PBB and PBDE are basically no longer used in the PCB industry, but bromine flame retardant materials other than PBB and PBDE, such as tetrabromodiphenol A, dibromophenol, etc., are more commonly used, and their chemical molecular formula is CISHIZOBr4. Although this kind of PCB containing bromine as flame retardant is not stipulated by any laws and regulations, it will release a large amount of toxic gas (brominated type) and generate a large amount of smoke when burning or electrical fire. When PCB do HASL and components are welded, the board is affected by high temperature (> 200℃), and a trace amount of hydrogen bromide will be released. Whether it will also produce toxic gases is still under evaluation.

To sum up. As a raw material, halogen has great negative effects, so it is necessary to ban halogen. 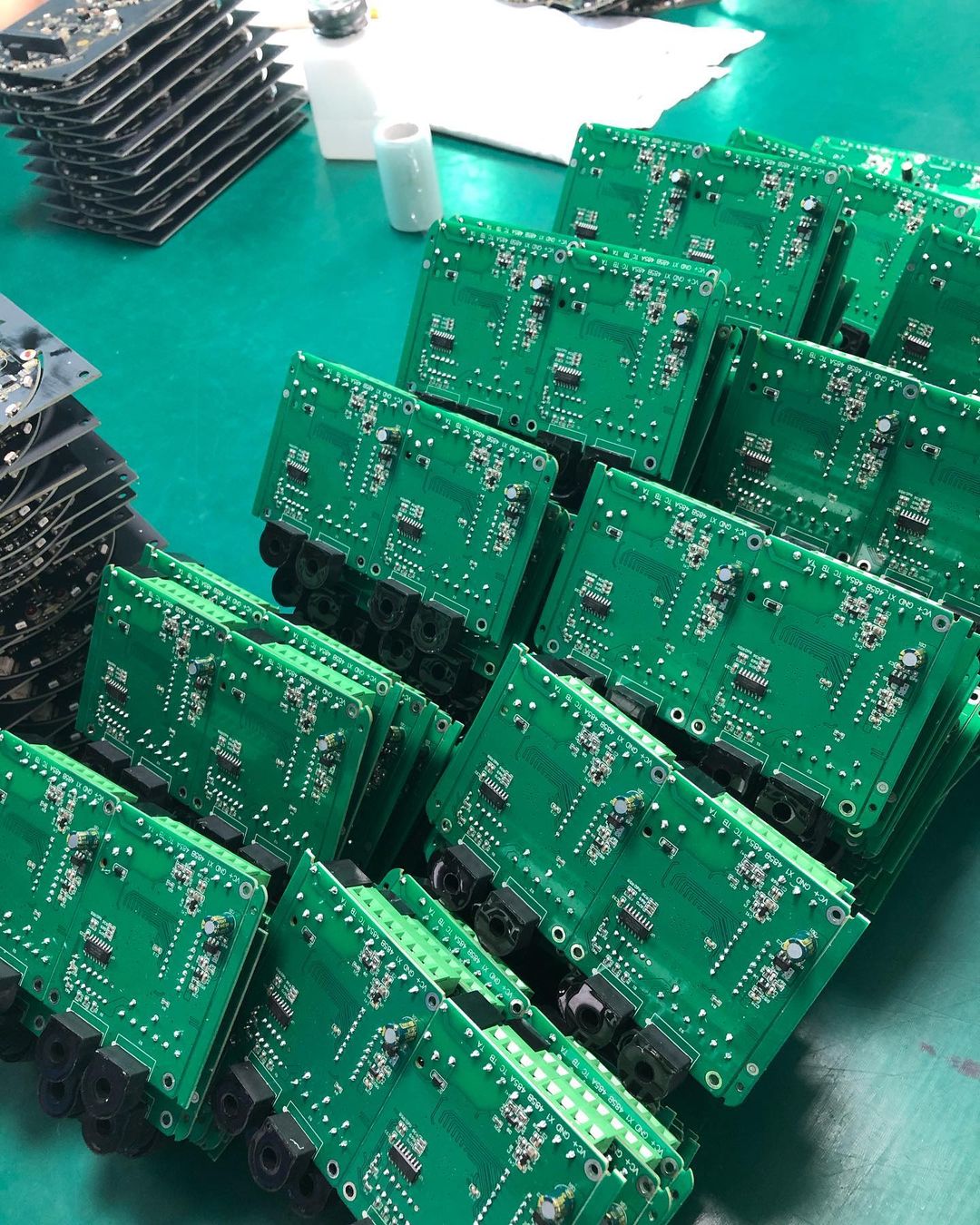 Principle of Halogen Free PCB Substrate
At present, most Halogen Free PCB material are mainly phosphorus-based and phosphorus-nitrogen-based materials. When the phosphorus-containing resin is burned, it is decomposed by heat to generate metaphosphoric acid, which is extremely dehydrated, so that a carbonized film is formed on the surface of the polymer resin, and the burning surface of the resin is isolated from the air, so that the fire is extinguished and the flame retardant effect is achieved. Polymer resins containing phosphorus and nitrogen compounds produce incombustible gas when burning, which helps the resin system to be flame retardant. 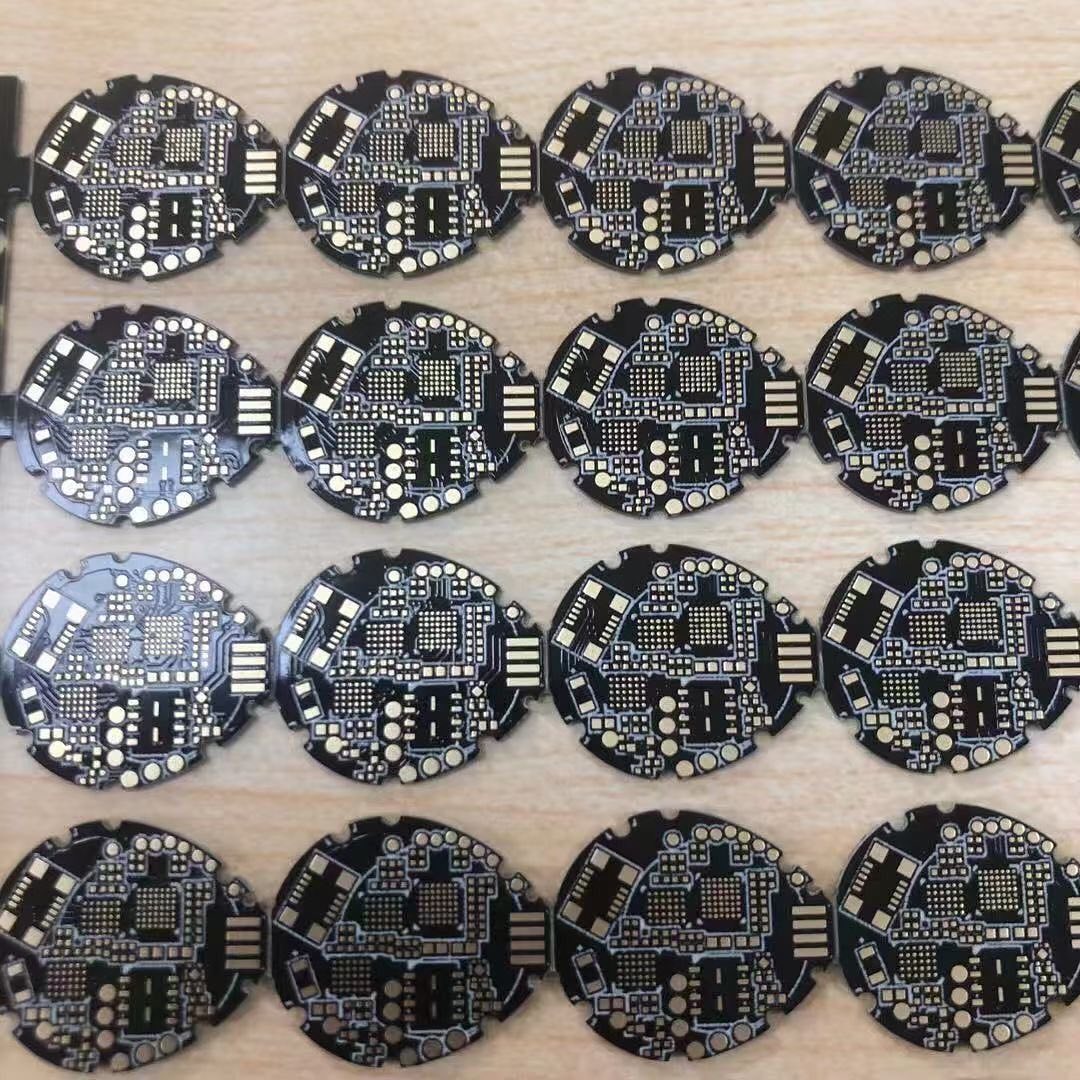 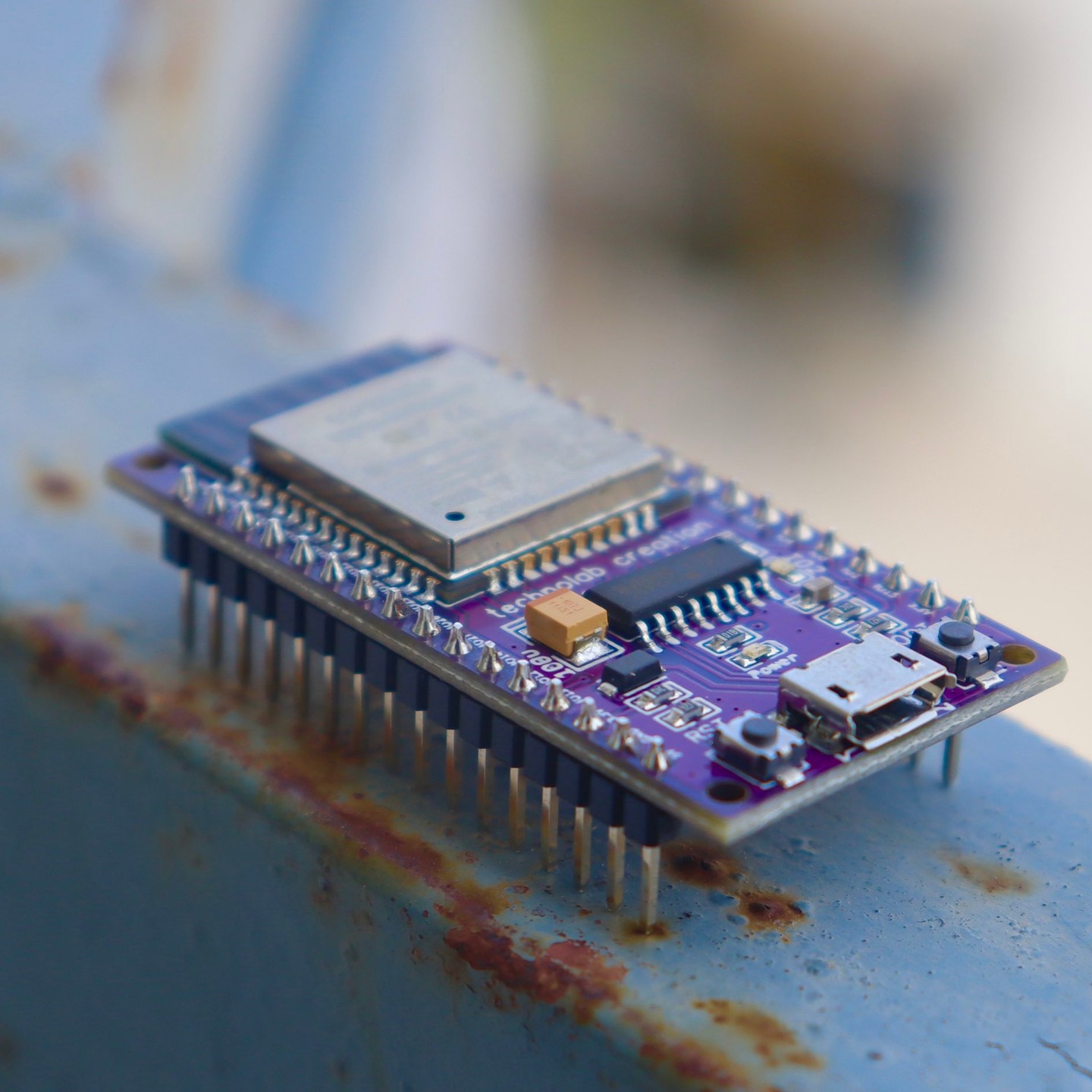 Because P or N is used to replace halogen atoms, the polarity of molecular bond segments of epoxy resin is reduced to some extent, thus improving the insulation resistance and breakdown resistance.

Halogen Free PCB has fewer foxes of N and P in nitrogen-phosphorus redox resin compared with halogen, and its probability of forming hydrogen bonds with hydrogen atoms in water is lower than that of halogen materials, so its water absorption is lower than that of conventional halogen flame retardant materials. For PCB material, low water absorption has certain influence on improving the reliability and stability of materials. Reducing the water absorption rate of the Halogen Free PCB material will have a certain impact on the material in the following aspects: 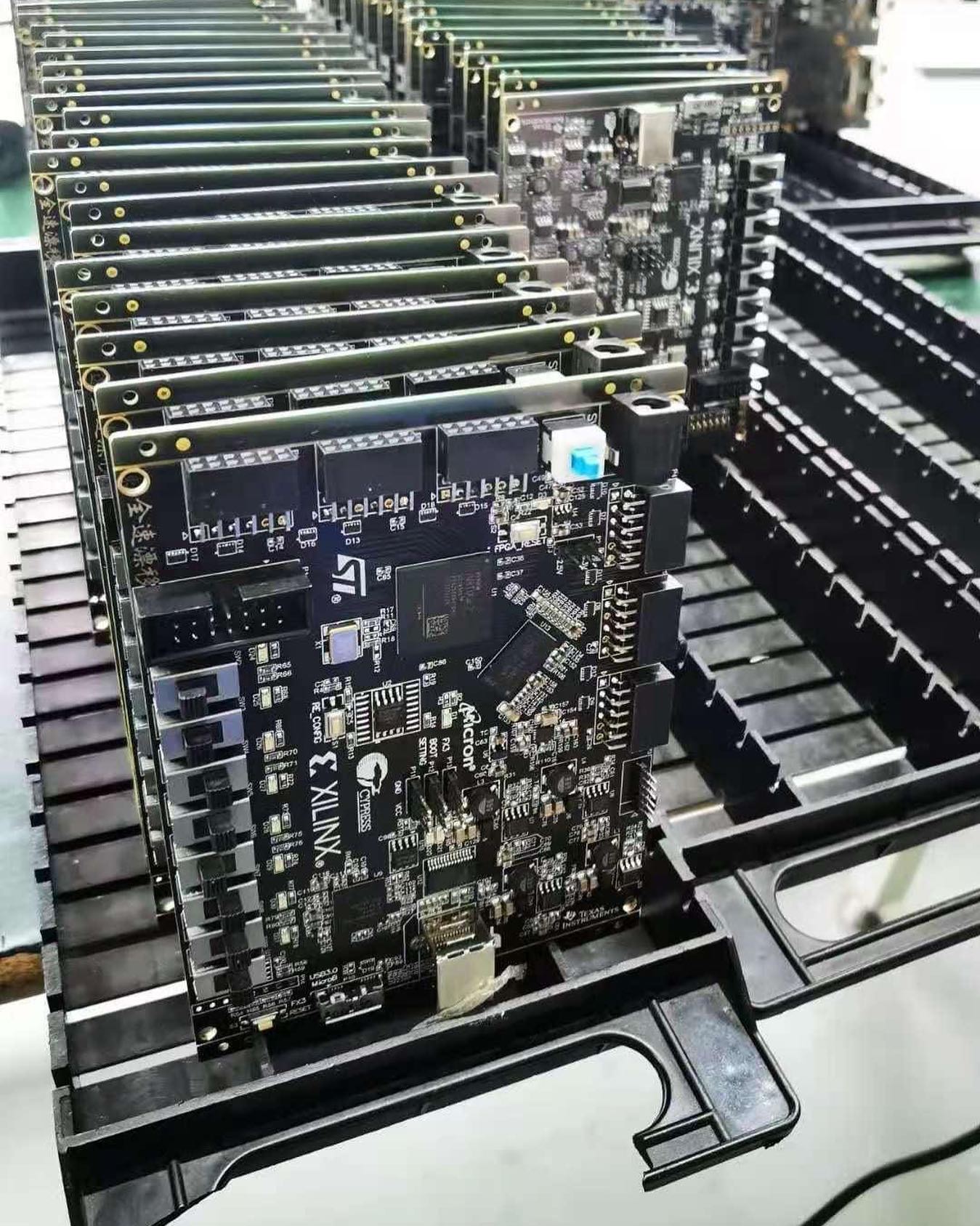 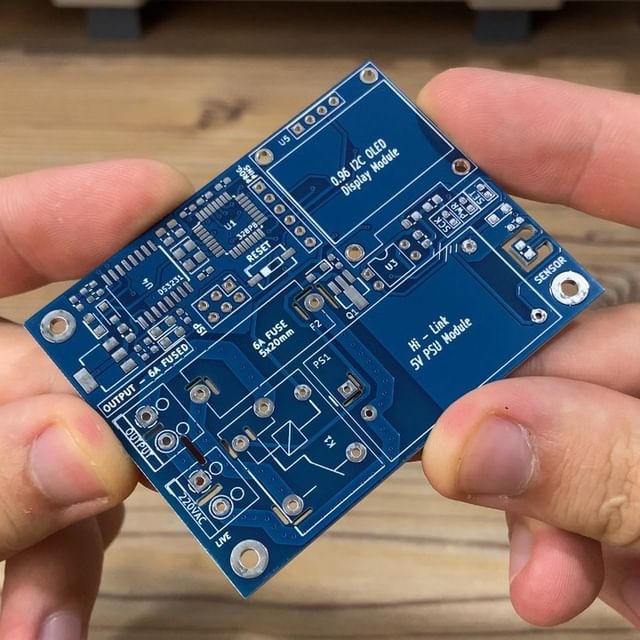 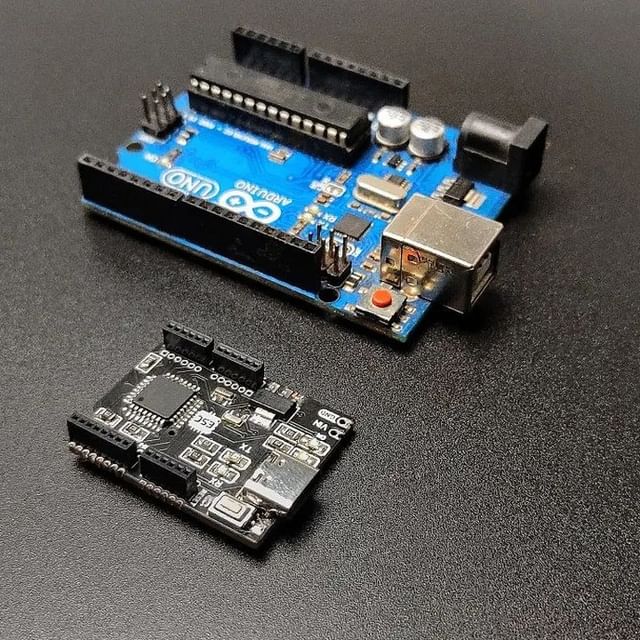 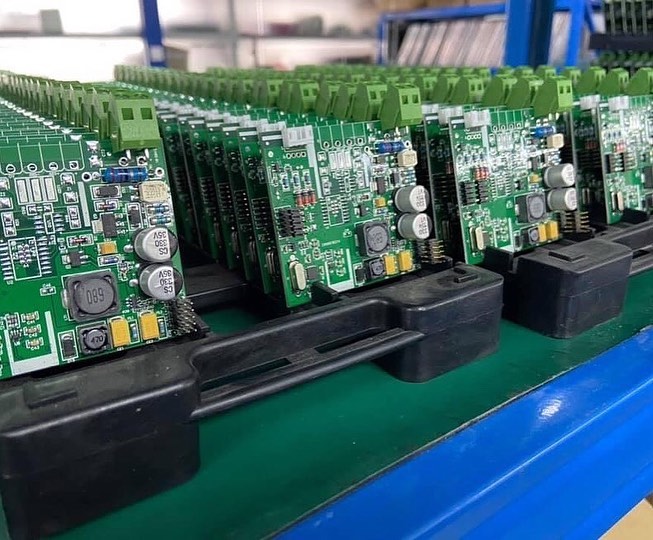 Among them, halogen ions can not only migrate themselves, but also cooperate with divalent copper ions to increase the possibility of ion migration. Halogen-free materials eliminate the possibility of remaining hydrolyzable halogen in the synthesis process, thus improving the ion migration resistance. At the same time, due to the low water absorption of halogen-free epoxy resin, the source of ion generation is reduced to some extent, thus improving the CAF resistance of the material.
Experience of producing Halogen Free PCB
1.Lamination

Lamination parameters may vary from company to company because of the PCB materials. Taking the above-mentioned SYTECH substrate and PP as the multilayer board, in order to ensure the full flow of resin and good bonding force, it requires a lower heating rate (1.0-1.5℃/min) and multi-stage pressure coordination. In addition, in the high temperature stage, it requires a longer time, and the temperature of 180℃ should be maintained for more than 50 minutes.
2.Drilling machinability

Drilling condition is an important parameter, which directly affects the hole wall quality of PCB during processing. Halogen Free PCB increases the molecular weight and the rigidity of molecular bonds by using P and N series functional groups, thus enhancing the rigidity of materials. At the same time, the TG point of halogen-free materials is generally higher than that of ordinary copper clad laminate. Therefore, the drilling effect of ordinary FR-4 drilling parameters is generally not ideal. When drilling halogen-free plate, some adjustments should be made under normal drilling conditions.
3.Alkali resistance

Generally, the alkali resistance of Halogen Free PCB is worse than that of common FR-4.
Therefore, special attention should be paid to the etching process and the rework process after solder resist, and the soaking time in alkaline stripping solution should not be too long, so as to prevent white spots on the substrate.
4.Halogen-free solder resist fabrication

At present, there are many kinds of halogen-free solder resist inks introduced in the world, and their performances are not much different from those of ordinary liquid photosensitive inks, and their specific operations are basically similar to those of ordinary inks.
Halogen Free PCB has low water absorption and meets the requirements of environmental protection, and other properties can also meet the quality requirements of PCB. Therefore, the demand for Halogen Free PCB has been increasing.
Comparison of manufacturing performance
1.Etching

Because of the poor fluidity of halogen-free epoxy resin and the poor interpenetrating ability of copper foil interface, the peeling strength of copper foil of Halogen Free PCB is poor. Compared with conventional materials, halogen-free materials increase the pressing pressure in the pressing process in order to enhance the binding force between copper foil and resin, which leads to the deeper depth of part of copper embedded in the resin, which easily leads to the phenomenon of etching uncleanness in the etching process (the copper is exposed in the stars). In order to solve this problem, it is often improved by increasing the amount of wire width on the working negative and properly adjusting the etching rate.

Halogen Free PCB material have higher Young's modulus, which increases the rigidity and brittleness of materials, because of the use of P and N series functional groups to increase the molecular weight and the rigidity of molecular bonds. At the same time, the TG point of halogen Free PCB material is higher than that of conventional materials of the same type. Therefore, it is necessary to properly increase the rotation speed of the drill and reduce the feed speed of the drill to ensure the roughness of the hole wall when mechanical drilling is carried out. In the process of horizontal deslagging, it is necessary to prolong the expansion reaction time, increase the roughness of the hole wall and improve the bonding force between electroplated copper and the hole wall according to the characteristics of halogen-free materials.

Comparing halogen-free materials with conventional materials under the same technological conditions of laser drilling, it is found that the hole wall roughness and verticality of halogen-free materials after drilling are not as good as those of conventional materials, which can be more prominent after electroplating. Therefore, it is necessary to appropriately increase the pulse energy and quantity of laser drilling of Halogen Free PCB material.

Halogen-free solder resist ink has a high solid content of curing agent (take Company C as an example: conventional halogen-free material is 15% and 30%), so its viscosity is high and fluidity is low. In printing, it is necessary to increase the pressure of scraper and adjust the mesh number of screen. Under certain conditions, a certain amount of diluting solvent can be used for dilution to increase the fluidity of ink.

Halogen Free PCB has the following characteristics:
(1). High TG compared with conventional PCB.
(2). It has low water absorption and high stability.
(3). Better meet the requirements of environmental protection.
(4). It is suitable for making impedance plates. 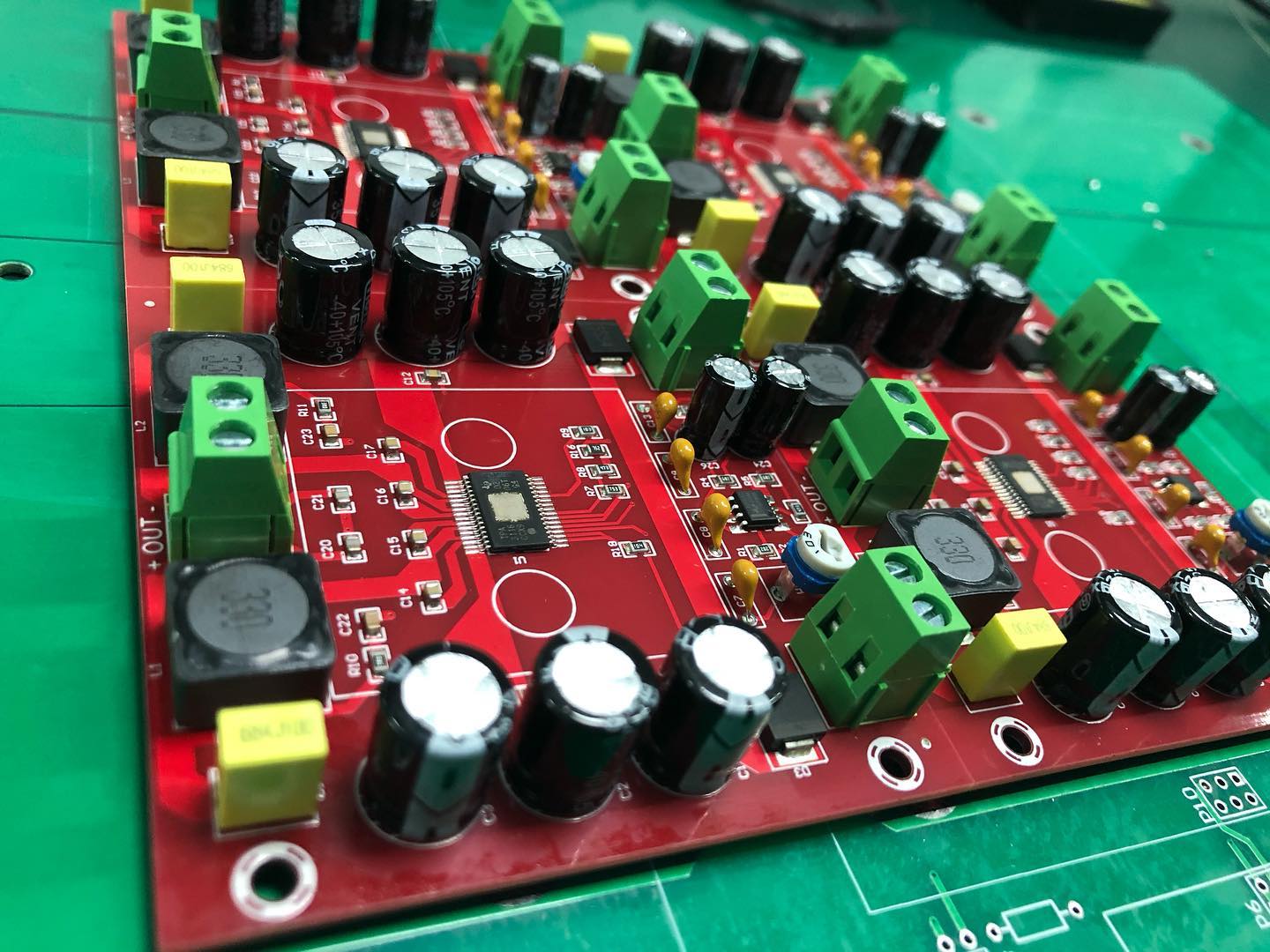 PCBasic firmly believes that quality is the soul of products, and strictly abides by every standard, every process of production, and every detail of service!