LEDs sound like a trivial technology. We often hear them and see them in our daily lives. LED PCBs are nothing new, and you probably heard about them dozen times. However, compared to previous lighting technology, they are innovative and efficient – enabling hundreds of industries worldwide to provide light-related services efficiently and safely.

Traditional light technology was power hungry due to high power (heat) discharge. Conventional light bulbs were more expensive and had a shorter life span than the new LEDs we use today.

In this article, we will cover what LED PCBs is and how LED PCBs are manufactured. This article will also explain, step by step, how to make an LED PCB board and the techniques involved in the PCB fabrication process. If you or your company is designing a brand new LED PCB, this article will benefit you throughout your journey.

What are LEDs and LED PCB designs? 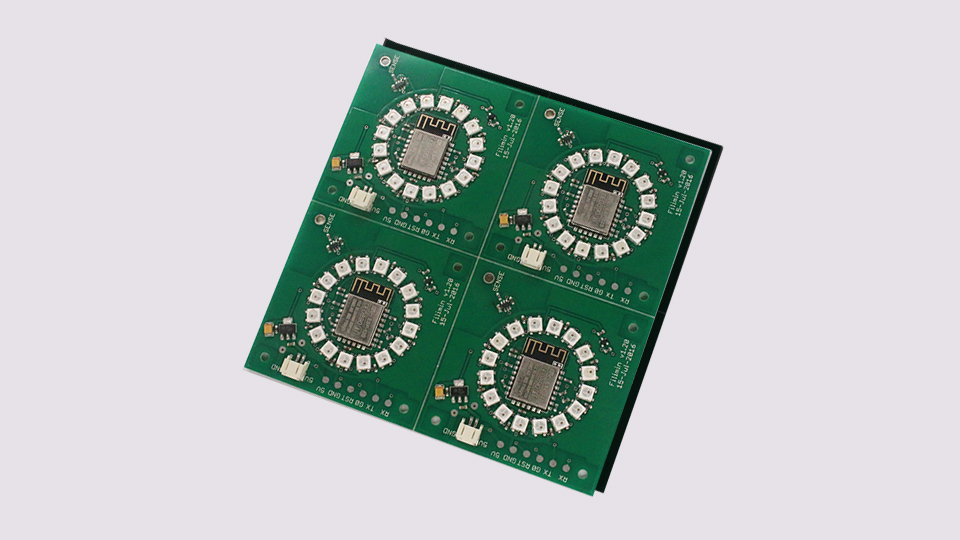 LEDs stand for Light emitting diodes. Those diodes are solid-state semiconductors that turn electric current and voltage into light.

You might be wondering, What is so unique in LEDs technology? The answer would be a highly efficient and compact design. The LEDs can fit in PCB designs with different shapes and forms.

Back then, Traditional light bulbs were designed in a very particular way. They were power-hungry and expensive to produce. The semiconductors diode emitters, however, can fit in any PCB design. They enable companies to create many applications for hundreds of different industries. The led materials mainly consist of silicon, similar to many other products based on semiconducting materials.

LED PCB comes in many variations and designs. Each one has its pros and cons. Different LED PCB design techniques shall apply according to each company and product needs. 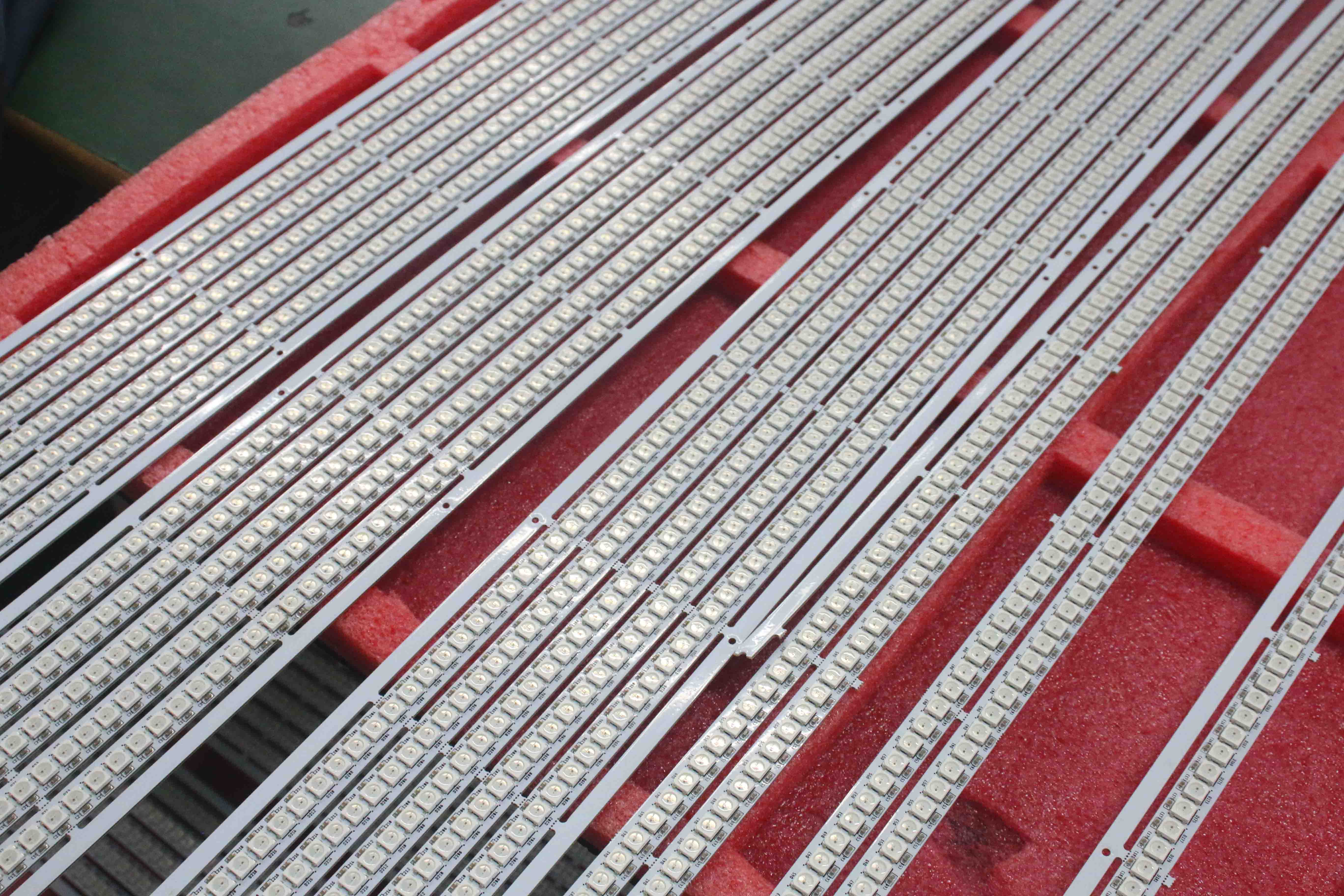 LED PCB board structures changes based on the application and requirements. The central concept of PCB manufacturing stays the same. Here are some of the materials used in custom LED PCB designs:

LED PCBs emit light which results in heat. In that case, the best material for heat dissipation would be Aluminum.

Because of the vital role of heat transfer in LED PCB applications, metals, especially Aluminum, are the most common LED PCB materials. Aluminum's low-cost and efficient PCB manufacturing process results in great manufactured products. Most manufacturers will recommend it for LED-related productions depending on the application's needs.

Aluminum PCBs, when used correctly, are highly efficient, brilliant heat dispensers and provide excellent signal connectivity. The PCB boards mainly consist of Aluminum but might also contain other materials such as silicon, magnesium, and different types of metal. When Aluminium PCB is produced, it has multiple layers, each with its function and use:

The printed circuit boards are produced in multiple layers. Whenever it's 4 or 16 layers, the base, middle and final layer structure continues to persist. Multi-layer PCB is defined as having a multilayer of circuits. This might also increase the complexity and might produce more heat than expected. 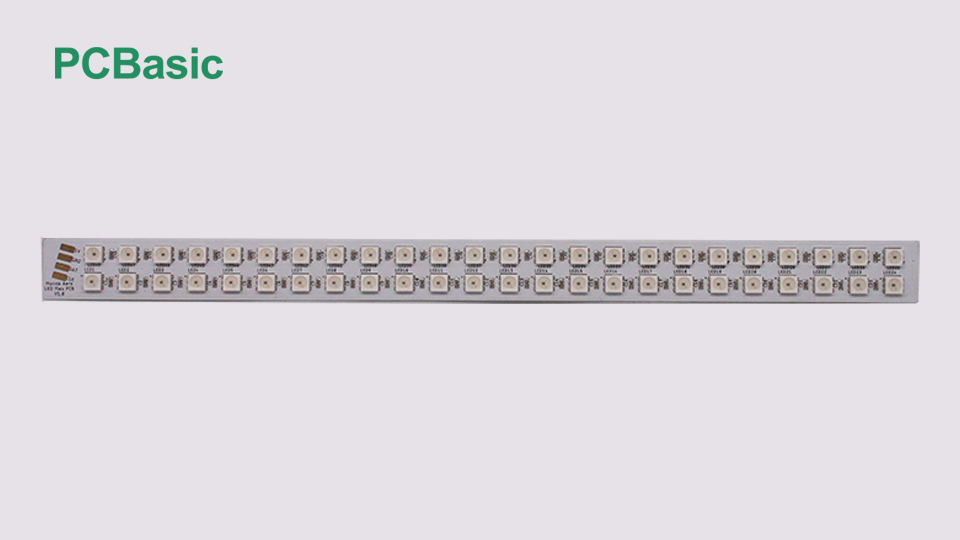 While the layer consistency of aluminum PCB stays the same, there are multiple options when it comes to the PCB type and its flexibility:

The type of aluminum board used by the LED PCB design will likely depend on the project application needs. The critical points of LED PCB design include the heat dispensing ability and the insulation between the layers. To ensure the design functions properly, it's crucial to consider other factors such as the enclosure and environment.

When it comes to LED PCB assembly, there are multiple options. The PCB might have a single or dual layout (single side or double side assembly). The community itself is done by two standard techniques – SMT and DIP:

Regardless of the assembly technique used during the LED PCB manufacturing process, the LED PCB factories producing the board will ensure the board functions properly by using visual inspection and advanced machinery.

PCB LED applications and use cases 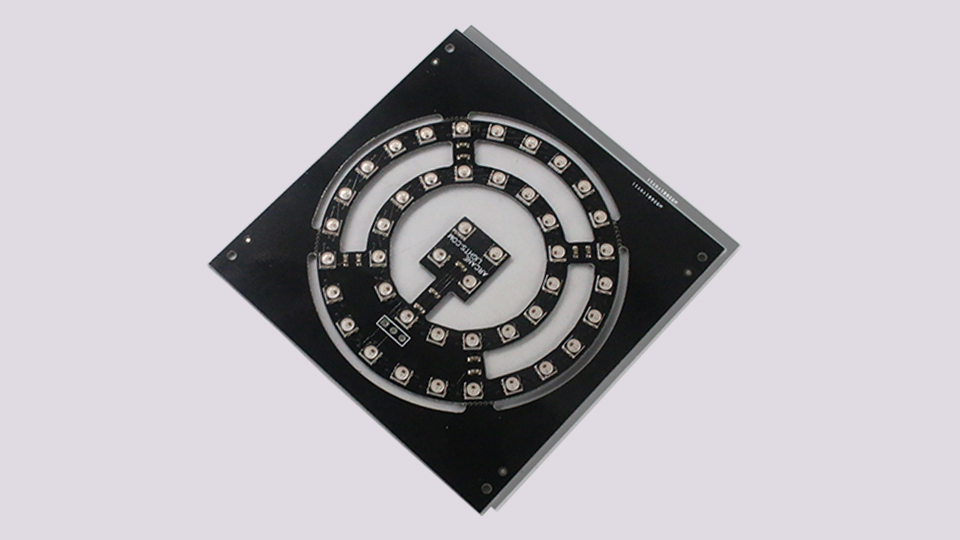 There are many benefits and use cases of LED designs. We often see them in LCDs, light bulbs, and consumer goods, but there are complex and critical applications which less known to us:

PCBs can be complex, but they don't have to. At PCBasic, we ensure your LED PCB design is manufactured with consistency, quality, and according to your specific design needs.

PCBasic, One of the Leading LED circuit board manufacturers, has over 15 years of experience in LED PCB board manufacturing and assembly, producing light board designs for top brands across the globe. Our factory is based in Shenzhen, China – the silicon valley of hardware.

This enables us to get the best quality of components for your light-emitting PCB design with ease. We only cooperate with authorized distributors and suppliers, ensuring the light components function properly.

LED components that are sensitive and fragile should be handled with extra care. We take extra precautions to ensure your production goes as smoothly as possible with as minimal risk.

For more information or inquiry regarding PCB, PCBA, and LED custom design – do not hesitate to contact us.