PCB files extracted by CAD software are used to design the circuit boards we use in our products. Using those files, we can submit our Design to fabrication. This article will cover the top 5 PCB file design software you could use for your next custom PCB project.

What is PCB design software, and what can it do?

PCB files are generated by CAD software, often called PCB design software. This type of software can design PCB layouts and PCB schematics. The software then extracts the circuit board design files into PCB Gerber files.

Some might think the files will end with the .pcb file type because it's a PCB design. However, the reality is the file type will usually be .gerber. The PCB design CAD software is needed to develop the circuit board and generate Gerber and BOM files.

Those PCB files are used as fabrication files to help manufacturers produce the PCB board we use in our final product.

Now that we know what PCB file design CAD software is, it's time to learn about the top 5 CAD design software we could use to design our PCB board. 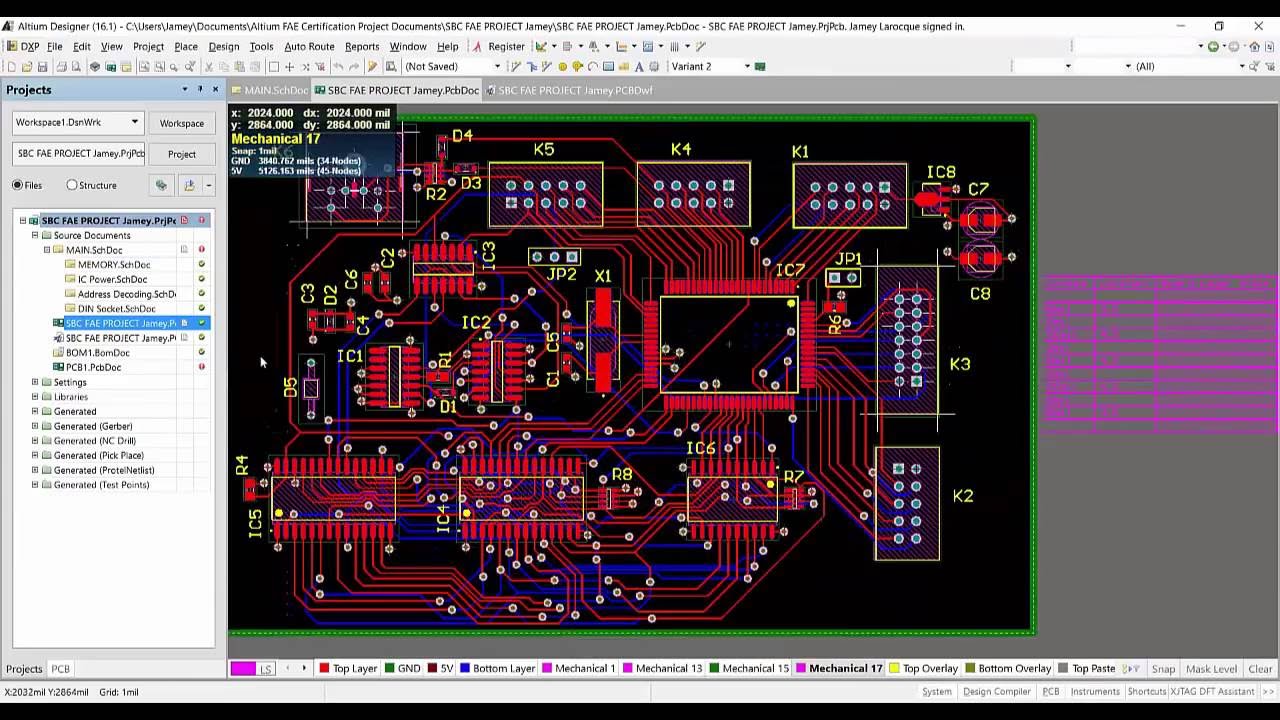 The Altium designer, made by PROTEL company, was introduced to the market long ago. The software, which existed for about 40 years, was revolutionary PCB design software at the time. Many PCB designers use PROTEL Altium PCB designer to design circuit boards and generate fabrication Gerber files and BOM files.

Around the world, Universities teach Altium as part of their curriculum due to the vast community and support. The new Altium version exists today and offers many features, such as auto-routing and PCB design optimization.

Over the years, the software has introduced significant enhancements and features, allowing it to lead the market to many adoptions of the Altium infamous PCB design software.

The software, however, does come with a few disadvantages. It is easy to design two layers of PCB using the Altium CAD software. However, when it comes to 4 layers or more, the software becomes difficult to handle and navigate around. Another disadvantage could be the PCB cad software price, which could get quite expensive. 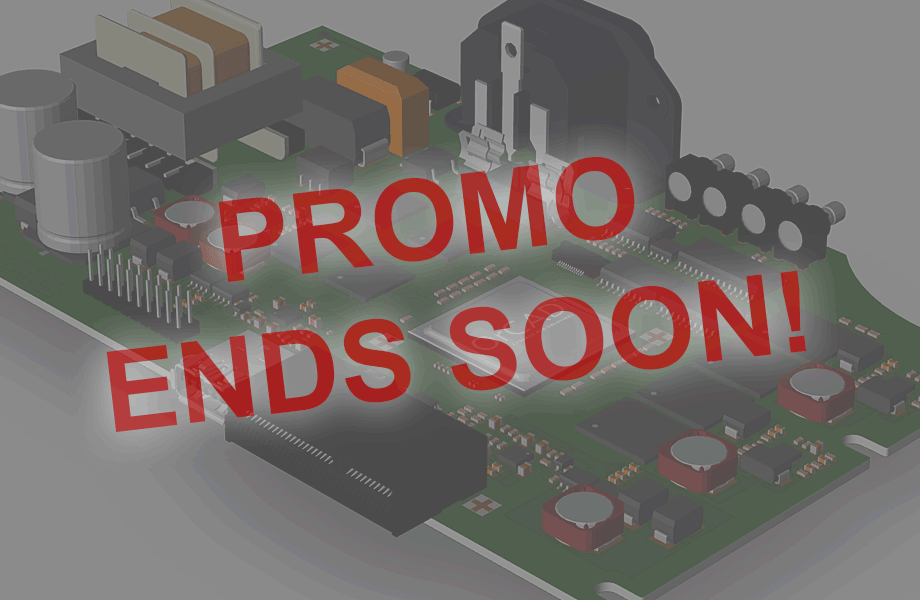 Another infamous CAD software would be the ORCAD EDA software. The software has existed for over 30 years with massive popularity across professional PCB designers.

Although both share similar years of age, ORCAD is considered less popular than Altium PCB designer. There are a lot of benefits to the ORCAD software, such as the initiative and user-friendly UI enabling anyone to create a PCB file with ease.

The software comes with great component metadata that provides the designer with most component data. Such a function enables the design process to create, customize and track components easily. Another great feature is the circuit board simulator that allows fault detection before submitting the Gerber files for production.

The eagle PCB CAD designer is a personal favorite. Although it isn't free, the price is very reasonable compared to other PCB CAD software solutions. The eagle PCB file is compatible with the majority of other CAD software. If there is a need to migrate between CAD software, eagles will most likely be on that list of supported PCB file formats.

The software is simple enough to use, and the UI is very straightforward. It provides all the basic functionalities with multi-platform support for Windows, Mac, and Linux.

The Eagle PCB file and eagle PCB file format are well known, and different CAD software such as Altium can recognize them.

Another cool feature is the eagle PCB scripts. The software can execute scripts that can automate the PCB design and fabrication process, saving precious time and cost for circuit board designers. 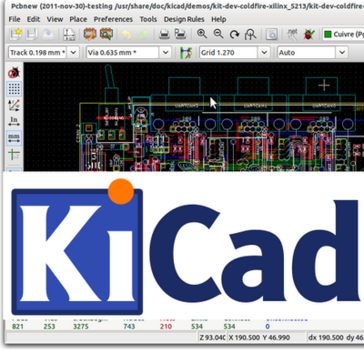 KidCad is the community's favorite Open EDA cad software. The reason is – it's free! KiCad is the most popular open-source PCB design software for public use under the GNU's GPL license. It has a straightforward and fun-to-use UI and UX experience. It's convenient, fun, and interactive. It's also multi-platform supported: it works on Windows, Mac, and Linux. The software is liked by PCB makers and hobbyists who want to take their first steps in learning PCB design.

KikCad comes with basic features such as PCB layout and schematic Design. It includes some neat 3D model functionalities and a Gerber PCB file viewer. The software comes with great support for a large number of components. Those Components will most likely include 3D models, symbols, and packages. The community continuously adds more component libraries.

Similar to KidCad, EasyEDA is yet another free tool. The free suite offers a variety of functionalities and features. It comes with multi-platform support, a web editor based on the cloud, and an offline version.

If you want to go with something simple, EasyEDA would be a great choice to get started with simple PCB design software.

Regarding fabrication and mass production, choosing the right partner for the journey is essential. PCB cad software can be powerful when used for exemplary purposes. But PCB files, BOM files, and CAD designs are not enough.

At PCBasic, we provide multiple PCB and PCBA fabrication options. For small to large-scale hardware projects.

Whenever you use Altium or Eagle for your Design, as long as you generate those Gerber and BOM files, we can help you to turn your project into reality!

pcb etching – what is it and why etching is so important?

what is the best pcb assembly company